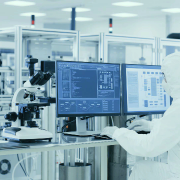 The Utrecht Health Seed Fund (UHSF) officially launched at the end of March. Over the next three years, it’ll be looking to invest in promising start-ups based in the province of Utrecht and working in the field of Life Sciences & Health (LS&H).

Jaap de Bruin (UHSF Fund Manager) explains the reasons for setting up the UHSF, “Utrecht is a hotbed for medical start-ups. Yet there are many great ideas that simply aren’t being exploited due to a lack of early-stage funding. And this is hampering both technological and economic advancement. The UHSF will be acting as a catalyst in this respect with its €5.4 million investment fund.”

The fund aims to help around twenty promising companies accelerate and scale up their technologies in the field of Life Sciences (biotech, pharmaceuticals, diagnostics), Digital Health, Medical Devices, and Animal Health.

De Bruin paints the bigger picture, “The ultimate goal is to improve outcomes, and make healthcare more efficient and affordable. The province of Utrecht is home to a wide range of innovative public and private LS&H research organizations, healthcare providers, entrepreneurs, and venture capitalists, who together have created an ecosystem ripe for LS&H start-ups. However, we noticed that there is a gap in early-stage funding between research (public) and venture capital (private). It’s this gap we’re aiming to fill.”

The UHSF is partly financed by the Kansen voor West program [‘Opportunities for West’], which is in turn financed by the European Regional Development Fund (ERDF) of the European Union. Kansen voor West is looking to boost the regional economy and innovation with its investment in the fund. Ronald van Raak (Kansen voor West Program Manager) explains its involvement, “I believe wholeheartedly that this will succeed. Utrecht is one of the last provinces to set up such a fund. This had to do with establishing a structure rather than anything to do with the region’s level of innovation. Utrecht is home to many researchers, and engagement is high.”

The UHSF aims to initially invest between €100K and €250K in the form of a convertible loan or equity, preferably in partnership with co-investors. Companies must be based in the province of Utrecht and in an early stage of development equivalent to a Technology Readiness Level (TRL) between 2 and 7 to be eligible for UHSF funding.

TRL is a system used to define the stage of development for a specific product or service innovation. The higher the TRL, the closer the innovation is to proving its technological and functional viability, and the closer it is to be implemented on a large scale.

The UHSF’s team members have been investing in early-stage LS&H businesses for many years now and will be applying their combined knowledge and leveraging their collective networks to benefit the new fund.

The UHSF works closely with the Utrecht Regional Development Corporation (ROM). ROM’s goal is to support local businesses and strengthen the region’s economic structure, with a particular focus on sustainable environments, human health, and digitalization. These goals are closely aligned with those of the UHSF.

Nathal van Rijn (ROM Coordinator) explains how he views the partnership, “Our partnership aims at identifying promising young businesses at an early stage so that we can then support them financially at a later stage when they need larger investments. Besides collaborating and coordinating, ROM business developers are also available to help UHSF-funded start-ups develop their strategies and plan their growth.

The fund has a lot of potential and provides an impetus and the much-needed investment to help start-ups develop their innovations at a stage when sufficient funding is generally unavailable.”

Van Raak (Kansen voor West) is of the same opinion, “I have a lot of faith in the UHSF team. They have a great deal of expertise between them and are ideally positioned in terms of their networks.”